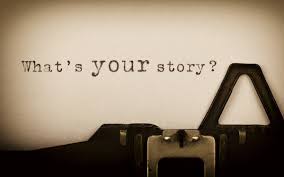 There is a general feeling in the global ether that things are imbalanced. There is an uneasiness and a consensus that those with power seem to abuse it, whilst the rest of us voice our concerns amongst ourselves, yet somehow cannot find the collective force required to effect change.

I recently read a university dissertation on the complex causes of the Grenfell Tower fire. This truly horrific fire in a tower block of public housing flats in Kensington, London on 14 June 2017,  took 72 lives, and destroyed many more. The premise of the dissertation was that some lives matter, whereas others don’t, and in the case of Grenfell, it is suggested that the residents were simply not valued enough for their voices to be heard.  They felt unsafe in their own homes.

Some time back I attended a fascinating symposium on food policy, where the theme was ‘the lived experience’. The wonderful speakers have all conducted research that goes beyond statistics and delves deeper into the actual experiences of those who are affected by a particular circumstance. The theme of the day got me thinking about life’s challenges and how we might tackle them.

Of course, numbers matter, but they do not give colour or narrative to research. In order to create an environment where change can take place, we need to understand what makes people do or feel something, and how they actually experience it. We need to ask questions and listen to voices. This is as crucial to the research process as statistics are, particularly if change and betterment are what we are seeking.

A recurring topic of conversation at the moment is childhood obesity.  We know that roughly 1 in 5 children are obese by the time they leave primary school. That in itself is a shocking statistic.  However, I do not believe that we should tackle this phenomenon by creating more statistics alone. We have recently seen in the media that the target for reduction of sugar by 5%  in many foods including  biscuits, yogurts and sweetened drinks has not been met by food manufacturers over the past year. If statistics were an easy solution, then surely each and every manufacturer would have achieved the 5% decrease? They must all know how the maths works.

Some recent research into secondary schoolchildren’s food consumption choices at lunchtime, used the ‘lived experience’ methodology. Through individual and group interviews, focus groups,  observation, online surveys and ‘go along’ techniques (going where participants go), understanding of  actual experience( rather than just statistics) was achieved. This kind of valuable research could help to influence future policymaking.

It is time to tackle issues with a multi-dimensional approach because life is not always black and white. A child who eats unwholesome, processed, sugar-laden foods is offered initially by adults. But adults equally require more education and understanding about food consumption and health. Childhood obesity has arisen through a failure to educate the whole of society about health, wellbeing, food choices, exercise, and more. We are all at fault, but it is also a result of our evolutionary shift. We are now so removed from our original human existence as hunters and gatherers who lived in small groups, eating only fresh foods and working together for the good of everyone, that it is hard to imagine life could ever have been this simple.

Bernie Sanders, the US senator, recently wrote an article in the Guardian about the immense global imbalance of wealth. The article states that we live in a world where “a tiny handful of incredibly wealthy individuals exercise disproportionate levels of control over the economic and political life of the global community”.

This is true; the six richest people in the world now have more wealth than the bottom half of the world’s population. Shockingly, he goes on to say that those individuals who own billions live in countries where their fellow human beings suffer from appalling poverty, a lack of decent housing, clean water, and nutritious food.

It is quite disturbing to witness the contrasting malnutrition of the west and east of the globe. Malnutrition refers to both not eating enough nutrients and eating more nutrients than one needs. So, we face a double crisis, a global inability to eat well, caused largely by the massive imbalance of wealth distribution. There is no need for a single human being to go hungry, but equally, no need for them to eat too much. Meeting in the middle would be a great start.

Kensington and Chelsea, the London borough in which stands the blackened edifice of Grenfell Tower, is one of the wealthiest boroughs in London. However, the social divide weeps like a gaping wound. The average price of a property is around £2m, but many homes there are worth several million pounds. According to analysis, the council has built fewer affordable homes than any other London borough since 2014, and has been accused of failing to maintain existing homes.

So why this seeming lack of care? Are we humans too self-obsessed, self-concerned and selfish to value others’ lives and empathise with their situation? Is there a global unspoken rule that those without wealth do not matter because they are not able to pay for their own worthiness?

Had the voices of the residents of Grenfell Tower been heard, perhaps those that hold the power and the means to effect change would have understood their experiences a little. The residents attempted many times to communicate their concerns about the safety of the building, but they were ignored or even told they were being a nuisance.

‘The lived experience’ approach could be applied to all areas of societal betterment. This type of research is vital to the understanding of individual and group behaviour, because people are not only a statistic, and should therefore not be seen as such. We must see ourselves as change-makers, and begin to behave as equally worthy human beings whose collective purpose is to live well in every sense of the word.

In my Ayurvedic work, I aim to teach others the importance of a multidimensional approach to living well. So, healthy nutrition alone is not going to give us complete health. Likewise, regular exercise alone will not do so. Listening to people’s narratives and their histories, their hopes and desires, as well as their feelings about their relationships with themselves and with others, paints a full picture of their holistic health status. The key is to understand what is out of balance through listening to their own words.

Jeff Bezos, the founder of Amazon and currently the wealthiest person in the world, employs thousands of people cross the USA who often work long hours and many of them earn such low wages that they rely on food stamps. This is simply wrong. I wonder whether he, or his senior colleagues have ever taken the time to talk to their staff, and to ask them about their lives.

There is a movement to be created, in order to redress the imbalances in society, but ironically, many of the change-makers need to be those who currently hold power in their hands. Because, without the voices of the wealthy and powerful, the world has become hard of hearing. It is morally imperative to address the inequalities we see in every area of society, to truly listen to each and every voice, and to seek the most equitable human existence we can find.