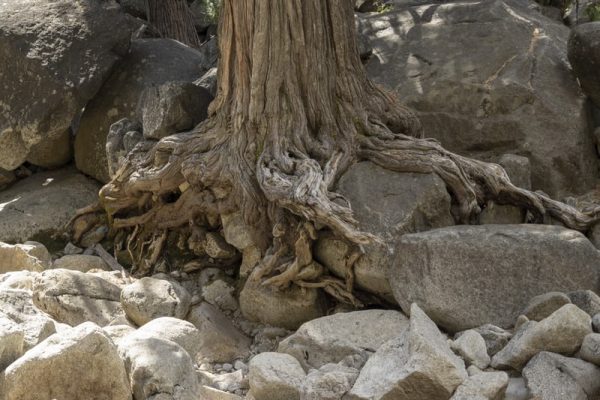 “In all of us there is a hunger, marrow-deep, to know who we are and where we have come from. Without this enriching knowledge, there is a hollow yearning. No matter what our attainments in life, there is still a vacuum, an emptiness, and the most disquieting loneliness” – Alex Haley

I am fascinated by the concept of ‘roots’; there are many meanings of the word, but the sentiment is the same – roots must be strong and stable, roots are where we come from both geographically and symbolically, roots are earthy, nourishing, nutritious vegetables, the root is where we find the answers and the reassurance, because it is where everything begins.

I recall a piece I once wrote about my mother and her roots during a memoir writing course I took. She, and many thousands like her, made the difficult and traumatic transition from India to the UK in the late 1950s. Hers had been a sunny, hot, dusty world, one full of extended family, noise, colour, laughter, of small, shared spaces and tolerance. The new world she found herself in was cold, grey, foggy, quiet, lonely, and devoid of all that was familiar. She was uprooted, rather prematurely, before she had had the chance to become the person she was destined to be, and she had to learn a different way of being.

As a result of this transition, she had to replant herself, like an exotic non- indigenous flower, into the earth of a new, seemingly hostile landscape, and wait and hope that her roots would take and provide her stability.

Did she make a successful transition? Of course! With grace, resolve, deep inner strength, the love and devotion of her husband, my father, and eventually, through the bonds she made with her new network of friends, all of whom had been through the same uprooting.

My mother feels that most of her roots are still embedded in Indian soil. This was her Land, where her family remained, and still remain, after she had left. When she goes back ‘home’ every winter, she becomes a very different person. She is more confident, more assertive and outgoing, and more self -assured. She finds a comfort there amongst her family and old friends that seems to remind her of the carefree days of her youth, when life was a little more predictable and uncomplicated. Going back to her roots reattaches her to the identity she left behind all those years ago and with this nourishment, she flourishes. Maybe this is because she misses the old traditional ways of the world and her memories of it lie in India, the country where she was born, raised and educated. Even though India, and for that matter, the world, has changed unrecognisably, I am not sure she wants to accept it has. The innocence of a time gone by has remained ingrained in her mind.

We all require roots, stability, support and nourishment from the places where we find ourselves and the people who surround us. Without this groundedness, we feel adrift, rudderless, alone, and confused. We need to know where, and to whom we belong.

People who are adopted often say that they sensed something was not right in their lives and that they did not feel like they truly belonged to their adoptive parents and family. This feeling of not belonging can occur even if those who are adopted are surrounded by good, loving people. The roots that have been severed are unable to nourish themselves fully without being attached to familiar soil.

There are many people in the world who are becoming displaced due to war and aggression. They are being uprooted in every sense of the word, forced to flee their homes and countries, often becoming separated from those they love and from whom they have learned stability. Most of us cannot begin to imagine the horror, the heartache, and the level of fear and desperation that these people have to accept as part of their everyday lives. It is not an uprooting like the one my mother experienced, for hers was out of choice, although not one she would have made had it not been for my doctor father’s desire to spread his medical wings and settle in the UK.

Everything is relative, and there are many circumstances that lead to people becoming uprooted, but the common thread of what it means to have roots, remains. It is vital for our sanity, our peace of mind and our ability to be who we were destined to be.

In Ayurvedic philosophy, the root is hugely important, because Ayurveda treats the root cause of disease, rather than just getting rid of the effect. If the cause is not eliminated, then the effect will return. This is why we do not necessarily need to know the name of a disease to treat it. In modern medicine, we like to give names to diseases and prescribe a suitable medicine, but I feel that this can almost hinder the process of attempting to eliminate the cause.

So in all sorts of ways, roots are vital.