I recently went to a screening of a film called Time Out Of Mind with Richard Gere playing the central character. This gentle and beautifully shot documentary-style movie is about a homeless man struggling to survive on the streets of New York City and trying to mend his broken relationship with his daughter.Initially,the American Gigolo Gere seemed implausible to me as a homeless person, but after the first 20 minutes I was transfixed,and already reflecting on the impact that this deeply wretched situation would have on anyone. 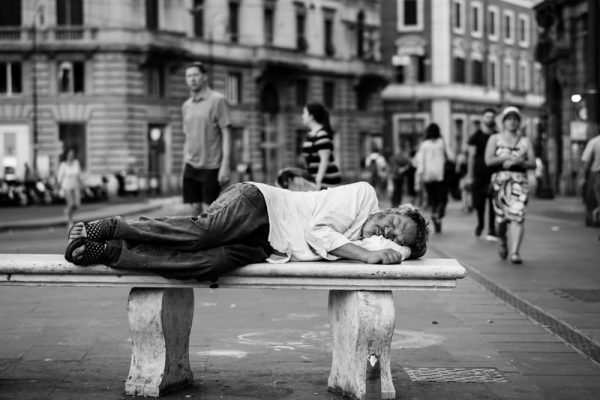 After the film there was a Q&A with Mr Gere himself; I discovered that he has spent many years highlighting the plight of homelessness and campaigning for society to do more to address it. During the making of the film, Gere decided that neither did he want to provide a back story to his character George’s life, nor did he want to ‘prepare’ for the part. Learning this only after watching the film makes his portrayal of George extraordinarily real and moving. He explained that when we know a history, we make judgements about a person and their circumstances, rather than seeing them in the ‘now’. He wanted the viewer to simply observe the reality without knowing the circumstances that led to the protagonist becoming homeless.

Home symbolises so much and gives us an identity in society. We are used to asking people where they live, how long they have lived there, who lives with them, and so on. This gives us a snapshot of their world and reassures us that they are safe and warm, both physically and emotionally. It is the ‘norm’ after all, to have a roof over our heads. The film has stayed with me and I often find myself recalling scenes from it and experiencing a sense of disquiet. There is a tenderness and vulnerability to George, as he tries to piece together the fragments of his brokenness and take small steps to regain his place in the world.

As an Ayurvedic practitioner, the aim of my bespoke health programmes is to rebalance people holistically, and ensure they have come away with the tools to manage their own health and well-being. My clients know too well that I also focus on the health of the mind, because without healthy thoughts, we don’t always make the best choices. But what if someone’s mind has been so deeply wounded by horrifically painful childhood experiences? How do they erase those images and maintain clarity of being? How do they succeed in leading a relatively normal adult life, when normality has never been allowed to imbue their psyche?

As I watched the film, the realisation that what I do is exclusively focused on the fortunate few in society, troubled me. Yes we all have challenges to face, but most of us have support networks and solid foundations and as such our issues are often nothing more than minor and manageable irritations of the human condition. With a little help, they can be dealt with. All of the components that work together to create health and well-being are removed when people are without an actual home and support network. Those who live on the streets think not of exercise or wholesome nutrition, of stress- relieving meditation or breathing techniques, or any other form of healthy lifestyle strategy. They are continuously in survival mode and their luxuries are food and warmth.

Gere suggested at the Q&A that those who live on the streets long term suffer a type of post- traumatic shock syndrome; they experience a shut down of the senses and a numbness which is clearly evident in their haunted expressions. He believes that it is very difficult to crawl back up from this dark well of despair. Homelessness seems to be on the increase; recent statistics published by the Department for Communities and Local Government suggest that just over 3500 people were sleeping on the streets of England on any given night in the Autumn of 2015- a 30% increase on the previous year. This is a shocking fact for a country considered to be the world’s 5th largest economy.

How to address homelessness is a conundrum, as is the case with many societal issues. There are several interrelated factors, but one thing is clear in my mind, there will most certainly be a root cause, separate from the other consequential ones. Tackling deep problems in our communities requires going back to the very roots and ensuring that they are healthy. I believe that one of the fundamental requirements for building robust and unshakeable psychological well-being, is healthy and loving relationships from the outset in life.

Most homeless people declare that a lack of unconditional love from parents or guardians was the main cause of their lack of a home as adults. Isn’t this very often the same root cause for murder, physical and sexual abuse, for drug and alcohol addiction and depression? The list could go on, but when are we going to create a society that puts its resources into long term measures to help prevent the many traumatic childhood experiences that shape the adults we become?

One study on the childhood circumstances of homeless men and women backs up my instincts- a myriad of adverse childhood circumstances appear to be related to later risk of homelessness in adults. Problematic role models, damaging psychological experiences, family dysfunction, and household strain all seem to contribute to the inability to develop a network of caring social ties.

I believe strongly in the power of education; surely we should be investing time in educating society about the importance of healthy family relationships? It is not easy, but we can find a way if we believe it is for the benefit of a psychologically healthier, more compassionate world. Giving a homeless person some spare change will provide them with the means to buy a hot drink, and may help to alleviate our guilt as we make our way back to the safety and comfort that is our home, but we still need to address the long term goal of removing the root causes that lead to homelessness.

So it seems that unless we tackle poor parenting by adults who are unable or unwilling to show unconditional love to their children, unless we teach key subjects such as parenting, morality, compassion and equality in our classrooms from primary level onwards, there will always be a sector of society where the foundations were never allowed to be strong, and we all know that without solid foundations, homes can come crashing down.