What is it with the world?

There seems to be a very obvious downward spiral in human behaviour patterns at this moment in time, and it is making many people reflect on where we are heading societally and as a species. We are a confused lot, we humans, with a dichotomy of desire for self -improvement and progression, versus self- sabotage. 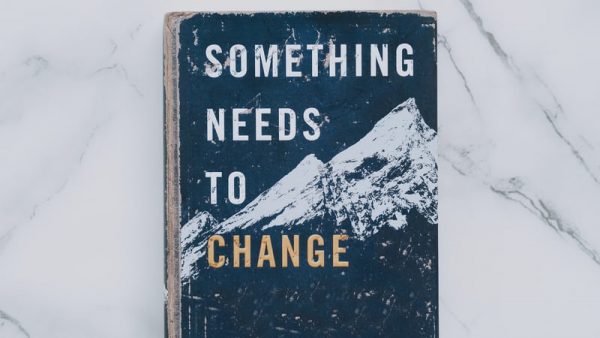 Our behaviours do not make sense.

We are seeing the increased terrorist activities of those who are either openly associated with terrorist groups, or clearly deranged individuals who claim to follow the ideologies thereof. Globally, we create wars that lead to millions of deaths, yet we are constantly in peace talks with other nations. We have recently seen unprecedented events within the political framework of the UK, with the Referendum and its aftermath! The two main Parties fight amongst themselves in a manner frequently associated with the school playground, and the blame culture has become de rigueur- yet both ‘sides’ apparently want the same thing- a better society for us all.

We are seeing similarly unprecedented levels of chronic illness, particularly obesity and its related diseases, skipping along hand in hand with the ‘clean eating’ movement and the campaign for the reduction of sugar consumption. We find shops full of unwholesome foods in hospitals and schools. There is a huge rise in polypharmacy (the concurrent use of multiple medications) and there are more A&E admissions due to the adverse effects of multi drug interactions, yet this phenomenon shows no sign of abating. GPs are trained to prescribe medications for every illness reported to them by their patients, and when these produce side effects, they have to prescribe another medication to deal with them. The more medications one takes, the higher the risk of adverse effects, which ironically can be higher than the risks caused by the underlying illness! It is absolutely not the fault of  individuals in the health profession, who do a wonderful job, and we know that most clinicians want nothing more than to help their patients to get better, BUT what polypharmacy is doing in many instances, is actually harming the health of the very people we wish to heal.

We educate our children by hothousing them, over-testing them at every opportunity, teaching them that anything below straight A grades is a not acceptable, and that a highly retentive memory is the only measure of intellect, and the golden ticket to the future. And if they have less ability to memorise notes? We throw them onto the heap marked ‘not good enough’. We are showing the children we pin all our hopes on that passing exams is the only way they will be able to find happiness. Our education system uses the slogan ‘one size fits all’ and it is damaging our children in more ways than we care to admit.

Sadly, a recent study published by a children’s mental health charity suggests that almost one million children between the ages of 5-15 have mental health problems such as stress, anxiety and depression, and the figures are rising. This problem seems to have been exacerbated by the very educators on whose expertise our children depend. The study found that things have got worse in the last 20 years. An NSPCC study found that academic worry accounts for the biggest cause of stress for nearly 50% of children, who feel under pressure to contribute to their school’s standing in the league tables, as well as looking for parental approval. However, as a society, what are we actually doing about this? Endless studies and findings are almost pointless if they do not lead to action.

We are overfishing and practicing intensive farming, causing greenhouse gas emissions to increase exponentially, leading to climate change and global warming. Animal agriculture is the main cause of ocean devastation, water pollution, deforestation and species extinction, but we continue to turn a blind eye to all of this, we carry on consuming far too much meat than is a) good for the planet and b) good for our health.

We are suffering from collective stress

There is something about collective behaviour that seems to cause the inherent goodness that most of us have individually, to dissolve. We seemingly have the capability to switch from the good that is Jekyll into the dark that is Hyde, as soon as we associate ourselves with collective patterns of  behaviour in society. We know that stress leads to many associated illnesses. Surely we can see that collective stress has left us with a chronically diseased society.

Ask an individual if it is right to feed the sick or vulnerable unhealthy food, and not many people would answer yes; ask a parent if they wish their child to become so stressed that they become ill, and we can safely assume the answer would be no. Ask a GP if they wish to over- medicate their patients with potentially health compromising combinations of drugs, and they would be shocked that they had even been asked such a question. Do we want to destroy the earth’s ability to sustain our species? Of course not. It is absolutely staggering that we expend vast amounts of our collective energy on being the actual cause of the effects we are almost blind to. We express shock when we witness the result of our actions, yet we choose to maintain the status quo.

So, how do we change?

Many people would agree the time has come for a huge societal shake up, because the aforementioned circumstances are not looking like they are about to go away anytime soon. I remember the impact Alexander Pope’s Essay on Man had on me when I studied it at school. Published in the early 1700s, it consists of philosophical thoughts on man’s place in the universe and suggests that man is not the centre of all things. Pope believed that the limited intellect of man cannot see and accept that there is an order to the universe, and therefore strives to control it.

This view somewhat echoes the teachings of Ayurveda, which stem from the wider Hindu philosophy. We are the microcosm and therefore rather insignificant when seen in relation to the macrocosm. What seems to have occurred is the increase in the belief in our own significance, and our thinking is coming from the ‘lower mind’ or the subtle ego. Our thirst for power, riches and fame, for raw survival, is feeding that lower mind and preventing us from accepting that there is a universal flow, an intention that is being blocked by collective egocentric behaviour.

We have developed in many ways technologically, but this only serves us well in the short term. The desire to constantly develop technological aids to our everyday lives means that we have less to do and learn, and thus, in evolutionary speak, we diminish the need to improve and adapt our behaviour. We are operating in survival mode, and trampling on those around us in the process. Our minds are almost slowing down in this regard and we are unable to ‘feel’ the distant future. Our emotional intelligence is trailing far behind our technological improvements, and consequently, long term societal issues are not even being addressed. ‘Feeling’ our place on the planet like our ancestors did, would mean our brains would be able to think ahead and our behaviour would adapt accordingly.

Perhaps when we realise that we are only a tiny part of the bigger picture, we will be collectively humbled into behaving with more compassion towards each other, and towards the planet on which we so depend for the survival of our species.

Only then will we see this self- inflicted sickness abate.