A Flavour of India

Ever since I was a very young girl, I have travelled to India to visit extended family. This was a hugely important thing for my parents, who made the bold decision soon after they married, to move to the UK. My father had already qualified as a doctor, and was ambitious enough to want to search for opportunities for a better life. He was aware of the huge need for the new NHS to recruit doctors and nurses from the Commonwealth, and friends already settled in the UK spoke of limitless choice of jobs. So, he made the decision to travel across the world with his new wife, to make their home in a country he knew of only through the historical link between India and the British Raj, and through newspapers and films. It was a massive shock to their systems to leave their loved ones behind, and move to an unfamiliar land.

My parents talked about the importance of maintaining bonds with their families back home, and understood that the only way to make those bonds mean anything significant was to travel home as often as finances and time would allow. And so, ever since I can remember, we have visited India regularly, and my siblings and I feel we have planted some roots there. I know the sights, sounds, textures, tastes and smells of India. They have permanent residency in my soul, and they waft into my mind as and when the mood takes them, to transport me in an instant to the streets of Ahmedabad or Mumbai, the two cities I am most familiar with there.

I recently visited Ahmedabad, in the North Western state of Gujarat. It is a vast, sprawling industrial city, once revered for high quality cotton production. I was to spend 10 days with my mother, who goes there for a few weeks during the cold UK Winter. There is a deep sense of spirituality there, as indeed there is in the whole of India. However, this is mixed with a sense of advancement so recent, that it is still a thrill for the better off Indians there to visit huge shopping malls and designer stores in a bid to display, and spend, their relatively new wealth. 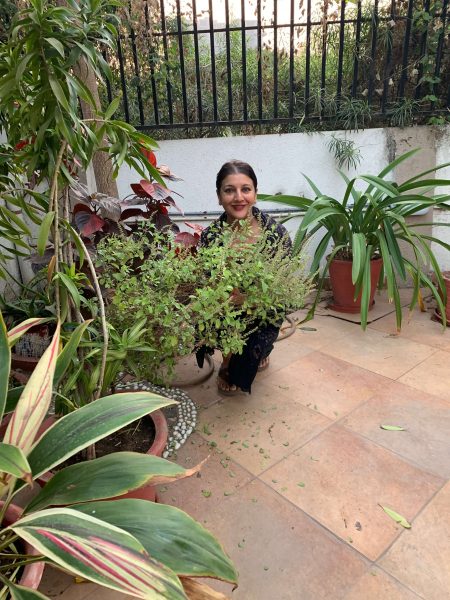 Gujarat is still a predominantly vegetarian state. This is mainly due to many people following the ancient faith of jainism, whose tenet is non violence (ahimsa) towards humans and non-humans alike. I was brought up on vegetarian food, and found the idea of school meals of ‘meat and two veg’ difficult to swallow (literally). I remember becoming incredibly fussy and refusing to eat at primary school. My father once came to the school dining hall and talked to the teachers about this. I simply couldn’t bear the smell of the meat, having never eaten it at home. As an adult, I have a strange relationship with meat and fish. I have been through long periods of not eating it at all, but now eat small amounts of it, after careful sourcing. However, I am constantly in conflict with the concept, and I also cannot bear the large scale cattle farming, and overfishing that have become the norm, to supply a global demand.

As an Ayurvedic medicine practitioner committed to helping people manage long term health through largely preventative measures, the one thing I love to see upheld in India, is home cooking. Cooking with seasonal produce, and following ancient culinary rituals has thus far stood the test of time, and a huge shift towards Western lifestyle habits has not yet diminished the desire for daily wholesome meals. You won’t see workers rushing to buy sandwiches for lunch in India.

The beauty of spending 10 days in the madness of a loud, overly populated Indian city, is witnessing the sheer love and thought that is put into eating fresh food. It’s a seriously important part of life. The street food vendors cook with love and pride, producing savoury snacks, sweetmeats, and entire meals from their tiny stalls. Watching people visiting their regular stall holders for their favourite foods is pure entertainment. Eating traditional dishes cooked by my mother and relatives, learning about different vegetables and ways of cooking them, and writing down recipes for future use is something I so enjoyed. Gujarati cuisine is based on Ayurvedic principles. Two of my favourite meals that I have been eating since I was young are fansi, which are green beans, and khichdi, known as kitchari in the West. The 6 Ayurvedic tastes are present in every meal, which creates a sense of satiation and prevents cravings that lead to in-between meal snacking. Even sweets or ‘desserts’ are eaten with the meal in very small quantities, and every nutrient, macro and micro, is present. Balance is always key in Ayurveda, and the best way to achieve this is to eat tasty, nutritious meals, revel in the cooking process, eat slowly and mindfully with loved ones, and ideally eat fresh, seasonal foods. 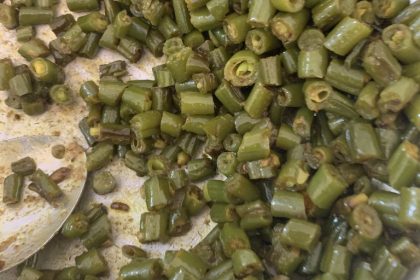 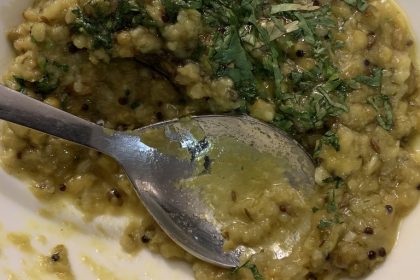 I also had the opportunity whilst in Ahmedabad to visit beautiful museums. I particularly love the Mahatma Gandhi Ashram, the former headquarters of Gandhi and his wife, as well as devotees and their families. I also spent a delightful couple of hours at a wonderful museum called Kasturbhai Lalbhai. This serene colonial building set amidst lush gardens houses a collection of Indian art produced in the past 1000 years. It covers many of the influential schools, including some that have trained young contemporary rising artists of India. I was fortunate to take a guided tour, and also to see the most recent ‘indigo dye’ exhibition, which was a fascinating glimpse into the world of indigo plant dye. India produces a large proportion of the world’s indigo fabric- think of how many pairs of jeans are bought in the world! In fact, the word Indigo is derived from the Greek word ‘indikon’, which means ‘from India’. 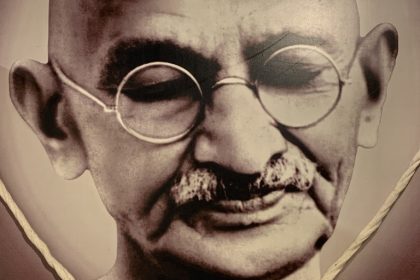 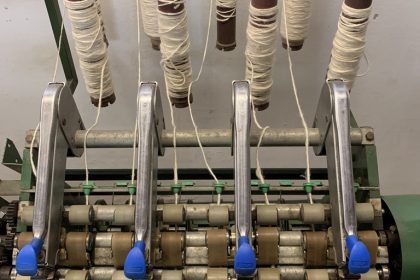 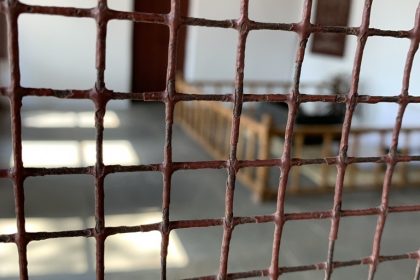 Gandhi’s bedroom- you can’t go in

The Jain temples in Ahmedabad leave me breathless; they are exquisitely constructed, with a stone carved structure and marble floors. Incense mingles with the scent of fresh flower petals, both of which are used as blessings to the 24 ‘tirthankaras’, or enlightened teachers, of the righteous path in life. I had several trips to the beautiful temple close to my mother’s apartment. It is one of my favourite Jain temples in Ahmedabad. I sat in contemplation, watching as people came in to do their daily prayers, and white-robed monks chanted mantras whilst rotating prayer beads. 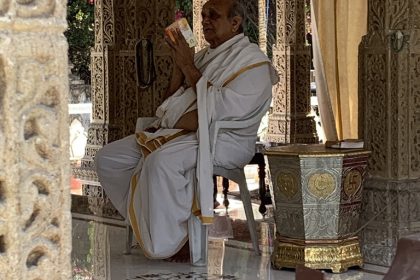 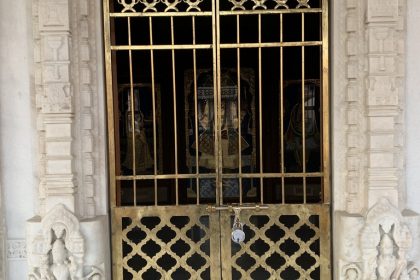 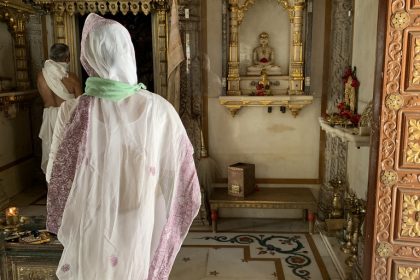 I am often asked by friends and acquaintances whether they should visit India. I definitely find it hard to simply say yes,without a thought. It does depend on one’s personality and attitudes. It might not suit everyone. However, I do believe everybody would benefit from the utter life-changing experience a trip there offers. India hits you with a sensory overload; she shocks you with the severity of the poverty that fate has inflicted on many of her children. She washes your entire being with a sense of the mystical, and intoxicates you with her raw beauty. Those who may desire a stylish and opulent experience will not be disappointed with what India has to offer. There are stunning hotels and expensive tours of historical sights, but this will certainly not be a true experience. Those who wish to step into the noisy markets, the poverty, the chaos and the street life, will come away changed forever. India’s truth is a hard pill to swallow, but once swallowed, the taste becomes addictive. People do fall head over heels in love with India, and for many, including me, it redefines and shapes who they are. Her pull is magnetic, and she lures you back again and again.